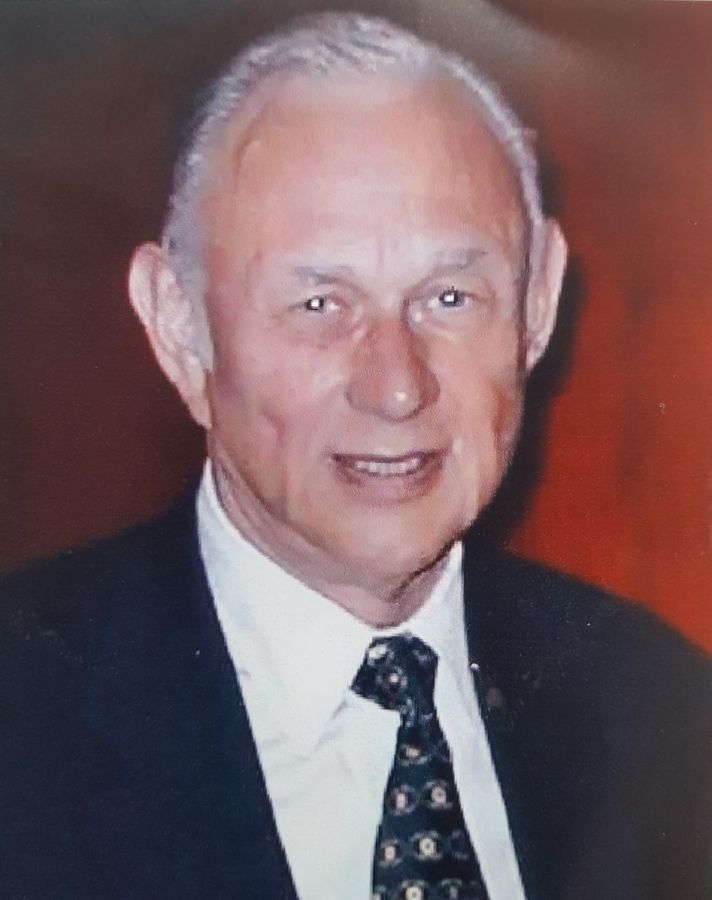 James A. Tilker (Jim) passed away in Scottsdale, AZ on March 3, 2020, after a rich and meaningful life.

Jim was born in Madison, Wisconsin on October 29, 1929, and lived as a youngster in Omaha, Nebraska; Red Oak, Iowa and Cheyenne, Wyoming.

He graduated from Cheyenne Wyoming Central High in 1947, but interrupted his college education at the University of Colorado to join the U.S. Air Force in a special program for 18 year-olds, serving in an Aircraft Rescue unit.

After his Honorable Discharge, he returned to the University of Colorado and received a Bachelor of Science degree, followed by a Juris Doctor Degree at the University of Wyoming Law School, in 1955, graduating first in his class.

To support himself through law school, Jim worked full-time as a paid firefighter for the Laramie, Wyoming Fire Department.

Jim practiced law in Cheyenne, Wyoming from 1955 to 1973. He moved to Phoenix in 1973 and, two years later relocated his home to Paradise Valley, Arizona, and his full-time trial practice to Scottsdale, Arizona until his partial retirement in 2008.

Jim had a distinguished law career, spanning over 50 years, including numerous cases that were newsworthy and involved complex litigation; noteworthy among these were serving as defense counsel in a nationally publicized first degree murder case in Cheyenne, Wyoming; protecting the constitutionality of the Wyoming Firefighters Arbitration law before the Wyoming Supreme Court; handling three wrongful death cases arising out of a Northwest Airlines crash in 1987, in Detroit; litigating the 1975-1976 protracted and complex construction contract arbitration regarding the Hyatt Regency Hotel in Phoenix.

In 1991, he became one of the first Arizona State Bar Certified Specialists in Personal Injury and Wrongful Death Litigation. Jim also served as a Maricopa County Superior Court Judge Pro Tempore during the 1980's and, in recent years, he assisted as consulting counsel to other lawyers on significant litigation matters.

Along with his law career, Jim generously contributed his time and energy to his community in support of numerous professional, political and philanthropic organizations. During his time in Wyoming, he served as President of the Laramie County Wyoming Bar Association in 1966, and also served on the first Wyoming Uniform Jury Instructions Committee.

Jim was active in the Wyoming Republican Party, serving on the Wyoming GOP Platform Committee and serving as County Chairman in Cheyenne in 1966-1967. He was elected as a Fellow in the prestigious International Academy of Trial Lawyers in 1971 and served on its Board of Directors from 1983-1990 and again from 1992-1999.

While in Arizona, he served as President of the Scottsdale Bar Association in 1982. Jim also served many years on the Arizona Civil Jury Instructions Committee and was the Vice Chairman of the State Bar committee from 1998 to 2004.

Jim was an active member of the Scottsdale Rotary Club since 1974 and served as its President in 1985-1986. He also served as President of the Mag's Ham Bun Bunch of Scottsdale in 2006-2007 (his fellow breakfasters would say this was the highlight of his career).

In addition to his academic and professional accomplishments, Jim had a passion for athletics and the arts. He played football at the University of Colorado and while serving in the Air Force, he was a starting forward on the Waco Air Force Base basketball team in 1948-1949. He was an avid golfer and was the President's Cup Winner at Paradise Valley Country Club in 1989 and the Silverado Golf Club Net Score Champion in 2003. His appreciation for the arts translated into becoming a gifted and prolific watercolor painter.

Jim possessed a quick wit and a great sense of humor, an unwavering zest for life and positive attitude. He was a true inspiration.

A Memorial Service will be held at Scottsdale Bible Church, Grace Chapel. Service to be announced at a later date due to the corona-virus restrictions.

James A. Tilker's final resting place will be the National Memorial Cemetery of Arizona having Honors Ceremony.

In lieu of flowers, the family requests donations be made in James A. Tilker's name to Parkinson's Foundation (www. Parkinson.org)

There are no tributes yet.

We encourage you to show your support by adding a tribute above:

The services for James have not yet been added. Please sign up below to be notified when the services are ready.

The attached photos are added to the memorial of James A. Tilker to help share their legacy.

Please help memorize James A. Tilker by recording your attendance below.

Thank you for sharing your memory of James