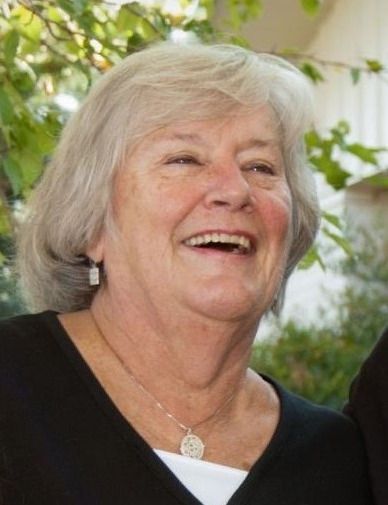 SCOTTSDALE - Frances Dresser Soucy, 78, of Scottsdale, Arizona passed away after a long illness on May 13, 2020. She was born on April 21, 1942, in New York City, NY. She was predeceased by her parents, Malcolm and Harriet (O'Connell) Dresser. She grew up in New York and Ohio before her family moved to Needham, Massachusetts in 1956. She graduated from Needham High School and went on to graduate from The College of New Rochelle. Fran spent several years working as a teacher in Ashland, Needham, and Wellesley, Massachusetts. She met the love of her life, Arthur J. Soucy, during her first year of teaching and they were married in 1965. They raised their family in Framingham, MA before moving to Holliston, MA in 1981. She made a career change and after training, became a computer programmer/analyst for over 25 years working for Prime Computer, Inc., Computervision, Inc., and EMC Corporation. Fran had a passion for her family and friends, often hosting gatherings; she was truly the life of the party. She relocated to Dewey, Arizona in 2007 where she enjoyed her retirement years playing bunco, volunteering at two local libraries, tutoring ESL students, entertaining, and travelling with Art. Fran was an amazing cook and loved hosting guests. She truly enjoyed giving tours of the major sites in Arizona to relatives and friends from back East. She was also an avid reader and competed with anyone who would watch Jeopardy with her nightly. She treasured being a Nana to her two grandchildren, Emily and William Parmigiani, who spent a great deal of time with her. As her health declined, she and Art relocated to the valley and lived in Scottsdale, where their daughter could be nearby. Fran is survived by her husband of 54 years, her daughter Katherine Gottlieb and son-in-law Dr. Richard Gottlieb of Scottsdale, AZ, her son David Soucy Hu of Canada, her sisters Alice Pusateri of Centerville, MA, Betsy Rufo (Robert) of Concord, MA, her brothers Douglas Dresser (Sheila) of East Hampstead, NH and Donald Dresser (Rose Marie) of Hockessin, DE. Fran also leaves behind two beloved granddaughters and four grandsons, as well as many nieces and nephews. Services are private and a Celebration of Life will be held at a later date. In lieu of flowers, please send donations on behalf of Fran to Doctors Without Borders USA, P.O. Box 5030, Hagerstown, MD 21741-5030 (https://donate.doctorswithoutborders.org) or a charity of your choice.

I met and worked with Fran for 5 year when I was the director of the Prescott Valley Library Literacy program. She was a dedicated tutor and a great colleague as a Board Member. She had an infectious sense of humor and was a joy to work with. She will be missed, I'm sure by her family. Cathie Mount Englekirk, Prescott, AZ

Fran was my college roommate at the College of New Rochelle and a great friend. I can't believe she is gone. She was always so strong and capable throughout her life. My thoughts and prayers are with her and her family and hope she is finally at peace.

I have so many fond memories of this wonderful woman. Mrs. Soucy was the mother of my childhood best friend. She was my first CCD teacher, Girl Scout leader and taught me so many skills that I still use today. I had so much admiration for her. She was a brilliant, beautiful woman who was A joy to be around. I was blessed to have her in my life. ❤️ Sandals

The services for Frances have not yet been added. Please sign up below to be notified when the services are ready.

The attached photos are added to the memorial of Frances Dresser Soucy to help share their legacy.

Thank you for sharing your memory of Frances