Don's true joys were his Christian faith, spending time with family, friends, pets, sports and nature. His LA Dodger's blue and white cap was standard wear and only his niece, Angelica, knew how to properly place it on his head. Prior to his accident, Don attended Junior College in San Fernando Valley, CA. He had numerous jobs but we remember him most being out surfing or fishing at the beaches in California and doing things that he loved.

A visit with Don was pure joy. He had a quick wit and dry humor. Don had many physical challenges but when you were with him, you never noticed them. He would draw you in to his light and conversation and leave you smiling or laughing hysterically. The only exception his father would say, were the discussions on politics, that you definitely wanted to avoid unless you are a staunch Republican.

We would like to thank all the medical staff that has provided such great care for Don over the last 18 years. This includes his Neuro-Rehab Specialist MD, Christine Kwasnica, Internist, Kevin Theodorou, sister Lynda who dedicated 18 years of her life to Don's care, niece Angelica and nephew Strait who were like his own children and cared for Don over the years. There were so many nurses and caregivers also, too many to list, and we thank you all from the bottom of our hearts.

A Celebration of Life Service will be announced and held at a future date. In lieu of flowers, the family asks that contributions be made in his name (Donald J. Warwick) to Pure Heart Church, 14240 N 43rd Ave., Glendale, AZ 85306 or ASPCA, aspca.org/donate/memorial.

We only met Don a few times. We wish we got a chance to know him better. Don enjoyed a lot of the same things as Mary and I: boats, the ocean, cats and Jimmy Buffett! Don always had a smile on his face and was a very upbeat and positive person. Don, "Fins Up!" we know that you have found "that one particular harbor."
Love Jeff and Mary Jennings

Donald you let me experience friendship on a completely different level than any other before, for that I thank you. I will cherish all of the memories we shared, the conversations, laughs, tears, and late nights just hanging out watching movies together. Thank you for always encouraging me, believing in me and having faith in me. I miss you forever and love you equally as much! Til we see each other again let me know from time to time that you're doing ok and still watching over. Goodbye my friend

We have learned so much from Don. He taught us how to find joy in the face of hardship, how to truly live in the moment with the people you care most about and how to be so devoted to God, that you share his word and his love with everyone that crosses your path. We are so glad you crossed our paths, Don.
Jenn and Bob

James Warwick and Jeannine Warwick on May 22, 2020

Don is one of those special people in life that your treasure forever. He has touched so many lives with his love, courage, and humor. You will be in our hearts forever. We love you Don.
Dad and Jeannine

I will miss you every day my Brother 😇 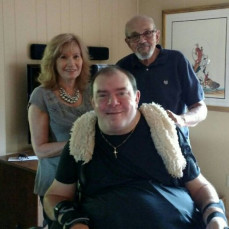 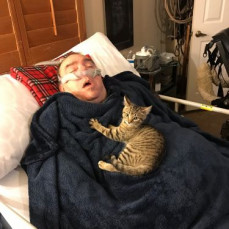 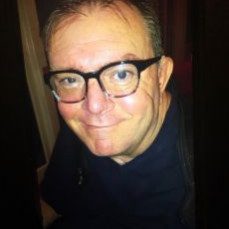 The services for Donald have not yet been added. Please sign up below to be notified when the services are ready.

The attached photos are added to the memorial of Donald Warwick to help share their legacy.

Please help memorize Donald Warwick by recording your attendance below.

Thank you for sharing your memory of Donald